What must surely be the coolest gig in this summer’s Live Earth concerts takes place at the British Antarctic Survey’s (BAS) Rothera Research Station. On 7 July the science team’s indie-rock house band, Nunatak will debut in the global event that features over 100 of the world’s top musical acts. Concerts from all 7 continents will raise awareness of climate change world-wide.

Darkness and freezing temperatures isolate the Antarctic continent during the Southern Hemisphere winter so the only people who can actually go to the Antarctic concert will be Nunatak’s 17 over-wintering colleagues. But an astounding 2 billion people worldwide will get to enjoy the 5-piece combo through broadcasts on TV, film, radio and the internet.

I can’t believe we’ve been invited to do this it’s a fantastic opportunity to encourage people of the world to deal with climate change.   We expected to spend our Antarctic winter here at Rothera quietly getting on with our work and maybe performing at the occasional Saturday night party.  We could never have imagined taking part in a global concert!

The need to reduce our carbon emissions to avoid serious climate change is one of the greatest challenges humans have had to confront is a complex issue that will only be solved by us all working together scientists, politicians and society.  Right now, Antarctic scientists and our colleagues in the Arctic are taking part in International Polar Year – the biggest ever globally co-ordinated research effort to help find the way forward.  Hopefully, Live Earth will make a real difference in public awareness and attract talented young people to become scientists it’s a cool job with a real purpose.  I am looking forward to Nunatak’s appearance in the Live Earth concert inspiring young people the world over. 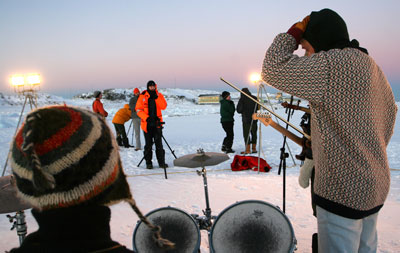 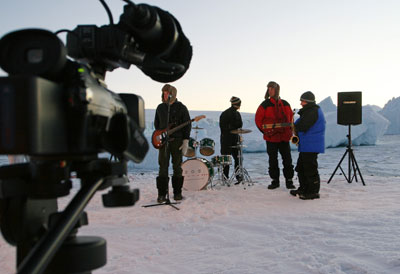 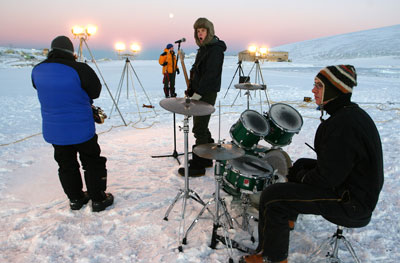