Have you heard of Pixars newest film for 2007?

It’s called Ratatouille (Rat-a-too-ee) and it is to be the eighth animated feature film produced by Pixar. Ratatouille tells the story of Remy (voiced by Patton Oswalt), a rat living in Paris who wants to be a chef. However this is obviously a rather tough dream for a rat. Yet his dreams come true, when a young boy called Linguini, who desperately needs to keep his job at the restaurant, despite his lack of cooking abilities, discovers and partners up with the young Remy.

Its up to the two of them to avoid the insane head chef, bring the rest of Remy’s family up to his standards, win his partner a girl, and, of course, produce the finest Ratatouille in all of France.

The film is directed by Brad Bird, who took over around the time Jan Pinkava left Pixar. And it is scheduled for release on the 29th of June 2007 in the United States and Canada, the 30th of August 2007 in Australia and the 5th of October 2007 in the United Kingdom.

So far it is currently receiving some fantastic thumbs up from the reviewers. With a 92% on MetaCritic.com and 100% of freshness on RottenTomatoes.com.

And from what I’ve seen so far from the images, trailers and other sneak previews it looks like a great film/movie. I for one can’t wait to watch it. And that won’t be far away because thanks to Digital Outlook, I’ve been invited to a Ratatouille press screening premier in London this July, just got to choose one of the available dates now. 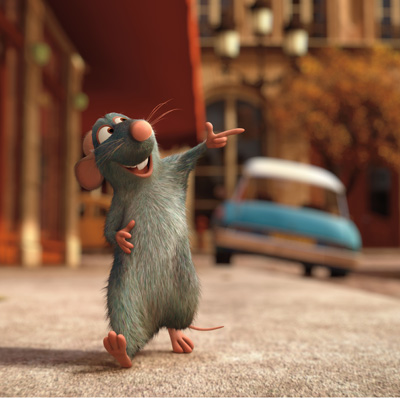