MSN has ramped up its online ad activity for Windows Live Messenger, ahead of Live.com’s launch in the New Year, with a Christmas campaign site that’s aimed at promoting its video-call service.

MSN’s Hello Christmas site, which has now gone live, is a video-sharing portal where users can view and upload video messages to friends and loved ones around the world in the run-up to Christmas, promoting the video-calling function of Windows Live Messenger.

MSN, in partnership with digital agency Thin Martian, has created some of the videos itself by filming people sending their greetings from the streets of London, and the site encourages users to post their own content. Visitors to the site can rate the messages and send them on through viral marketing.

“The campaign is aiming to give people an opportunity to get in touch with friends around the world and to show how much better a video message is than simply phoning – it’s a much deeper, engaging experience,” said Suzanne Cook, MSN UK’s consumer marketing manager. “While the Christmas site might run until after the New Year, we’re looking at introducing similar concepts for Valentine’s Day and other such events through the year.” 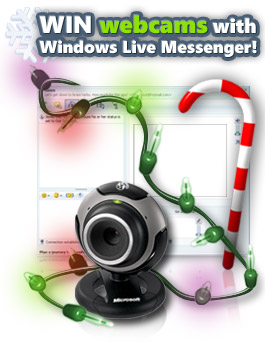 Great theme of blog! What is it called?